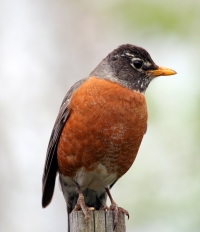 Where It's Found: The American Robin can be found in the vast majority of North America it calls the lower 48 home much of the time and often considered a sign that winter is over and spring is upon us.