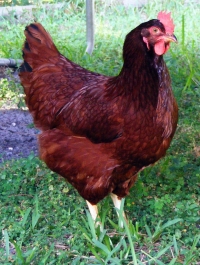 Where It's Found: The Rhode Island Red can be found on many farms and in many backyards due to it's exceptional ability to lay eggs.