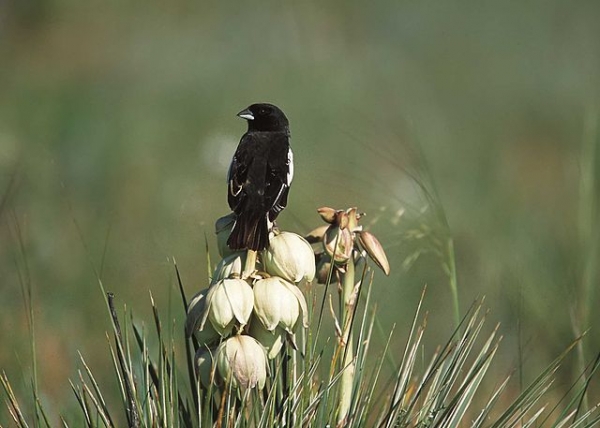 State Bird Description: Lark Bunting are smaller sized song birds that reside in central and western North America. The male adult breeding Lark Bunting looks different than the immature non-breeding males and females. The breeding males are all black body with a large white patch on the upper part of the wing. The immature males and females look similar and are grayish brown with white stripes.

Where It's Found: The lark bunting is found in the grasslands of North America and breed in the prairie regions in central Canada and the mid-western United States.