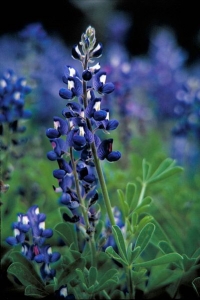 State Flower Description: The Bluebonnet is named due to it's resemblance to a women's bonnet. The flower grows up from ground in clusters of blue and white.

Where It's Found: The Bluebonnet blossoms from March - May in most areas of Texas, and they are planted along roadsides and highway in Texas quite heavily.

Texas State Flower Dedication: Originally 1901 but then Clarified in 1971 to include all species of Bluebonnet

More in this category: Texas State Bird »
back to top