Currently only three states have state bats, Virginia, Texas, and Oklahoma with Texas's and Oklahoma's bat being the same species the Mexican Free Tailed Bat.  In 2007 North Carolina was close to recognizing the Rafinesque's Big-eared Bat as their state bat but the North Carolina State Senate failed to act on the bill that passed the House in NC. 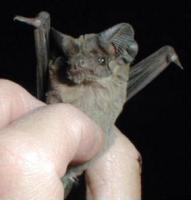 More in this category: « States Flowers in the United States Origins of US State Names »
back to top